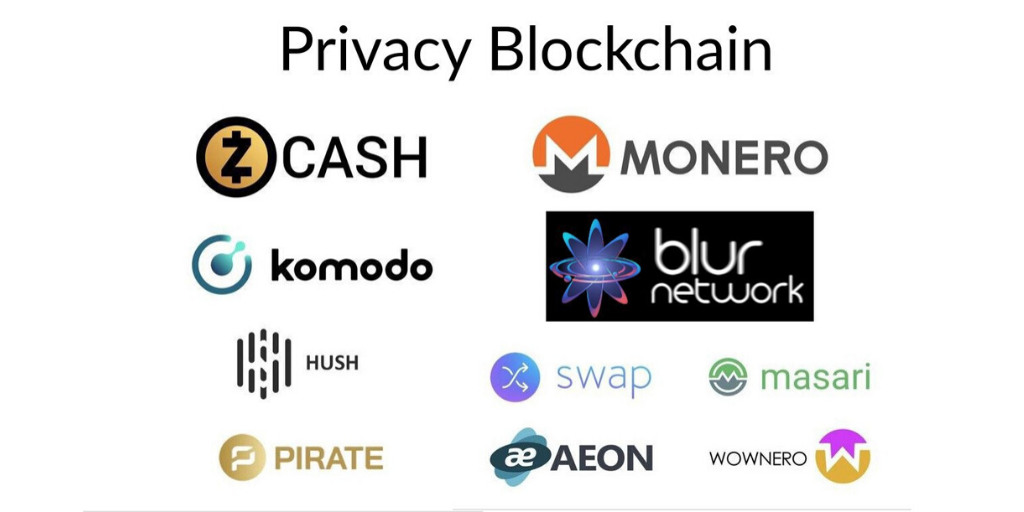 Posted at 22:35h in Blockchain by David Freuden
Share

While encryption is the best protection in regards to privacy, protecting your personal data must begin with an action taken by you. Only through the lens of data ownership can we begin to answer the question of: “Who/What will protect my privacy?” It won’t be legislation, as governments themselves are often those who are seeking more information on their citizens. This may be taking place either directly or indirectly via coercion, legislation or subpoenas directed at the ever-growing number of corporations that collect, store and share your personal information.

The new field of blockchain-enabled encryption offers significant opportunity to improve privacy and the controls around it. However, it is important to understand that not all blockchains are privacy-conscious, and fewer still are those that are privacy-centric.

Transparency: Bitcoin & Ethereum. No information is hidden. This is good for blockchain analysis and honesty, but It is bad for user protection and privacy. Block Explorers, an open-source web tool, allows anyone to view information about blocks, addresses, and transactions on the Bitcoin and Ethereum blockchains.

It is relatively easy using solely blockchain analysis and the addresses of known public entities (businesses, organizations) to discern what address a person may be associated with, and where the funds are coming from/going to. Worse yet, when you pay someone from an address owned by you, reverse lookups are possible using a blockchain explorer. This means anyone you send bitcoin to can then look-up your address and, in turn, know precisely the amount of bitcoin stored at that address.

Privacy: Monero & Zcash. These use different approaches than Bitcoin and Ethereum, but it is worth noting that they both need a certain degree of transparency. This transparency is necessary for the logistics of:

b) Preventing double-spends and counterfeiting

The privacy-focused blockchains, regardless of approach, are bound together by a common value: Privacy should be a choice. Bitcoin’s transparency is viewed as problematic by all projects actively pursuing a means to keep information private, while also being posted publicly on a ledger. In a way, this is the closest realization to a tangible “use case” that exists in crypto, apart from the concept of a decentralized ledger.

◦ Opt-In Privacy: For example, Zcash, where all transactions are transparent by default. This results in (as of Nov 19th, 2019) roughly 87% of the Zcash network’s daily transaction volume being completely transparent. As a result, the latter 13% is much more easily deduced by analysts. You can see this on the Zcash explorer

With the “Opt-In” approach, transparency is the default. Privacy is an elected option.

◦ Opt-Out Privacy: For example, Monero, where all transactions are opaque by default.

This results in 100% of the network being opaque to onlookers with the exception of users who have chosen to share their information. Users may choose to do this for various reasons such as the need for a third-party audit. To do this on Monero’s network, users would provide a recipient’s address and a transaction-specific private key to that third party. These actions will make that transaction’s data visible to the party with whom this info is shared.

With the “Opt-Out” approach, privacy is the default. Transparency is an elected option.

The Benefit of Competing Solutions

Blockchain projects taking different approaches toward the solution of establishing of choice-centred privacy is critical. Not just with blockchain but for privacy globally. The topic of individual privacy continues to make headlines around the world and is already influencing governments to enforce new legislation that is designed to protect privacy, such as the GPDR that was introduced in May 2018. As blockchain continues to grow and be adopted around the world it’s important that this new technology provides improvements in privacy and control of privacy.

As noted in my article ‘Privacy, Your Personal Information and How To Protect Them”, one of the most recent advances in technology that offers a significant advancement in privacy and security is Blockchain.

Leading Approaches toward a Privacy-Conscious Blockchain

The two examples mentioned previously, Zcash and Monero, are the two most well-known privacy coins in the market, being launched in 2016 and 2014 respectively. Their end goal is the same, but they use different mechanisms and approaches.

· Zcash (ZEC) is a fork of the Bitcoin protocol and attains privacy via the use of zk-SNARKS, a zero-knowledge privacy protocol.

· Monero (XMR) is a fork of Bytecoin, which has a completely different underlying protocol that Bitcoin called CryptoNote. Monero maintains the privacy of its senders, its transactions, and its receivers via ring signatures, ring confidential transactions, and stealth addresses respectively.

There are many other privacy-centric blockchains, most of which are forks from either Zcash or Monero. The reason for forking is that developers may believe there are significant improvements or advantages that can be offered to users. Forking into a new project from existing protocol enables new projects to keep the best of what exists and add new features and functionality towards the shared goal of user-controlled privacy and security. As a result, the most innovative projects are oftentimes more agile as a project than the blockchain titans they are forked from. Having a smaller userbase and ecosystem, they are able to react more quickly to newly arising issues and make changes with less notice and impact on their users.

Three projects of interest within the Zcash ecosystem, which epitomize innovation:

Komodo [KMD]: Komodo was launched prior to ZEC, after Zcash source code had been made public. Komodo has rolled out the Antara Framework for launching new blockchains and a full-featured test environment for blockchain development (KMD Labs). They also pioneered a mechanism called Delayed Proof of Work (DPOW) that secures smaller chains with the security of bitcoin. Komodo has launched its public beta version of its AtomicDEX, making it available for both Android and iOS users.

Komodo enables projects to build their own chains, dubbed Smart Chains. These smart chains have the option to include a privacy module, alongside a host of other features, but this is entirely optional.

It is important to note that whilst Komodo is a fork of Zcash, and offers optional privacy features, it is not itself a privacy blockchain.

Hush [HUSH]: Hush recently migrated their codebase from ZEC-forked code, to a codebase derived directly from KMD’s prior work. Hush has created Hushlist, a means for users to communicate using zero-knowledge technology, similar to mailing lists. This can be used by journalists, whistleblowers, or anyone needing to communicate with many others, in a privacy-sensitive way. According to Hush’s lead developer, Duke Leto:

“Hush was the first Zcash Protocol coin to remove the 1.6GB download requirement prior to syncing, which in addition to it having the smallest on-disk chain size of ~1GB, makes [it] the most bandwidth-efficient fork”.

PirateChain: PirateChain boasts the largest anonymity set of any functioning network, and are currently the only ZEC-derived codebase that takes on privacy from an Opt-Out perspective (i.e. by default — users must opt-out by sharing a viewkey). PirateChain is also a member of the KMD ecosystem.

Swap [XWP]: Swap is also derived from Monero and inherits privacy from RingCT and the CryptoNote protocol. Swap’s most innovative contribution is their implementation of a completely different mining algorithm, Cuckaroo29s. Cuckoo cycle (PoW algorithm) is only 42 lines of code in its complete specification. This means that not only is Swap’s code more easily audited by external parties, but its block verification is much faster than those based on the CryptoNight PoW algorithm. Visit Swap website

Other Forks: Even Monero developers acknowledge the advantages of smaller, light-weight forks in making innovative changes. Most Monero forks are created by developers from the internal group of XMR’s main contributors. Many of these function as testing beds for prospective features on Monero. Projects in this subgroup include Masari, Aeon, and Wownero to name only a few.

Blur [Blur]: is a fork from Monero’s codebase. As a result, both chains choose Opt-Out privacy by default. Blur provides a refreshingly different perspective on the issue of specialized mining hardware than the typically-seen “ASIC-resistance” ideal. ASIC-resistance is something that has attracted criticism from entities like Coinbase, recently.

Blur plans to feature a multi-PoW ecosystem, incorporating multiple self-similar proof-of-work blockchains. The idea is to create separate faction-based chains for specialized hardware, that are more advantageously mined by the respective devices. Targeting key differences in chip design, and using independent chains to isolate hardware with incentives, The Blur Network plans to provide an inclusive ecosystem for all mining hardware, in a more logically competitive manner.

According to Biz, lead developer of Blur,

“What we see going on within privacy coins is an illogical battle between hardware and developers. We see developers overly focused on building ever-higher fences, that only they were tall enough to see over. This does not solve the problem. It creates it. So, we are designing a new solution, one that includes not only specialized mining hardware, but a means to keep CPU mining logical, for a longer period of time.”

In addition, BLUR will become the first-ever cross-chain communication between the worlds of BTC, ZEC, and XMR.

The 2019 Netflix document, The Great Hack, shone a very bright light on how little privacy and control we have over our personal information.

In this documentary, it showed how Cambridge Analytica got their data from the Facebook developers, who created a survey app, This Is Your Digital Life, harvested data not just on the (270,000) Facebook users of the app, but on the 87 million U.S. Facebook users who were friends of friends. They were able to do this through default permissions that few users knew about. At the time, users needed to opt-out by going deep into privacy settings and clicking a button that said, “Don’t let developers share my friends’ data.”

In our technology-enabled world, privacy, and the rights to privacy will continue to gain momentum as a human-rights issue at government level. The combination of privacy-focused technology, government regulation and legislation, expensive but necessary court cases and consumer action will create the catalyst of change.

There is no doubt that the ongoing development and advancement of privacy-focused and centric blockchains will play an integral role in solving the technical aspects of this issue.